Getting it Right in Ontario: We need to Unlock Student Potential, Not Shut it Down 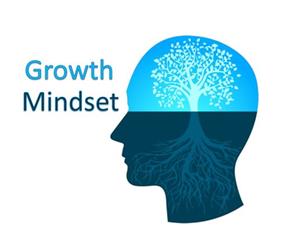 When the Ford government in Ontario rolled back the Liberals’ curriculum changes in August, it was followed by an announcement that the entire curriculum would be examined using province-wide surveys to potentially develop a new model for teaching students. This model would ultimately de-center them. Many Ontarians expressed concern with scrapping the updates but I want to point out that it does present an opportunity to fight for real, productive, research-based changes to the curriculum and overarching pedagogical approaches that are long overdue for Ontarians – changes the Liberal updates did not offer either. By answering the online surveys and attending the town hall meetings en masse, Ontarians were able to advocate for changes to the curriculum that are actually needed: changes such as foundational understandings of how to improve student achievement.

Believe it or not but Ontario hasn’t been doing very well in that department- current government aside. It might seem like an obvious, all-pervasive concept in a society where myths of people pulling themselves up by their bootstraps and self-help books are everywhere, but the idea that student minds and abilities can be improved through learning is not as commonly applied as it seems. Believe it or not, this concept has yet to become the default understanding of how the mind works in school systems in Ontario – a place where the dropout rates of high school graduates might surprise people. Despite the fact that such rates have decreased overall in the last two decades, they are still unexpectedly high especially for boys and marginalized groups.

While completing my Masters in Education, I fought hard to convince my class that students (without developmental exceptionalities) could be taught to achieve whatever they wanted. It was a matter of will, fortitude and the right teacher guiding them, instructing them, informing them of their strengths and weaknesses. I was met with considerable resistance from my classmates and surprisingly my professor who said “come on Farrah, just because you want to be something doesn’t mean you can be something. You, Farrah, can’t be an astronaut”.

I was surprised at the conviction with which she said this and ultimately, I spent years in graduate studies challenging this viewpoint by examining the existing pedagogical paradigms that inform how children in Ontario are schooled. I found similar assumptions from policy makers and educators despite plenty of evidence to suggest otherwise. Perhaps one of the most obvious examples of this approach has manifested in the ever-controversial academic versus applied streams – a system of having grades 9 and 10 students decide whether they want to take sciences, math and English in preparation for post-secondary or they would prefer to take more practical classes. Not only is this incredibly early for children (and/or their parents) to be deciding how they will learn and what kind of life path is possible for them to take, it has been shown to further divide the student body along an intellectual binary that is ultimately limiting for everyone. Rather than offer studies over a wide variety of different intelligences to allow students to see how and where they can flourish, it narrows their possibilities for self-discipline and growth.

At this point in time, we have an opportunity to bring about a shift in thinking and build the system based on a new model. For me, I suggest that an upgrade in understanding about how intellectual abilities are cultivated is needed, an upgrade to a growth mindset in education- one that researcher Carol Dweck argues is based on the belief “that intellectual capabilities can be cultivated and developed through application and instruction”.

In studies, students exposed to growth mindset strategies noted significant achievement in the arts, academics and athletics, the ability to see failure as an opportunity to strategize and learn, improvements in creative problem-solving, the maintenance of interest in difficult tasks and the activation of deeper brain regions responsible for lasting learning.  It doesn’t mean everyone can be Muhammad Ali or Beethoven but without the belief that practice could mean improvement, we might never know just what is possible – and every student in Ontario deserves an equal chance to find that out about themselves. When paired with an inclusive model that accounts for systemic inequalities between students due to race, religion, gender, sexual orientation or immigration status, growth mindset pedagogy has the power to unlock a potential the whole province can benefit from.

Rather than boxing students into rigid streams or learning styles at precisely the age they should be encouraged to learn in different ways and take measured risks for intellectual growth, my hope in the near future is to advocate for growth mindset to become the dominant pedagogical paradigm that Ontario’s children are educated under. This is so that they might benefit from a sense of accomplishment and achievement derived from their own self-improvement and learning. For a public school system, the benefits to our children and our society cannot be overstated and it is our duty as experts and responsible citizens to seize the moment and make it happen.

← Unlocking a Student’s Ultimate Potential A picture is worth a thousand screams.. But not mine →