I am woman but sometimes it’s hard to roar: Managing my work-life balance at the intersections of womanhood, motherhood, race and religion 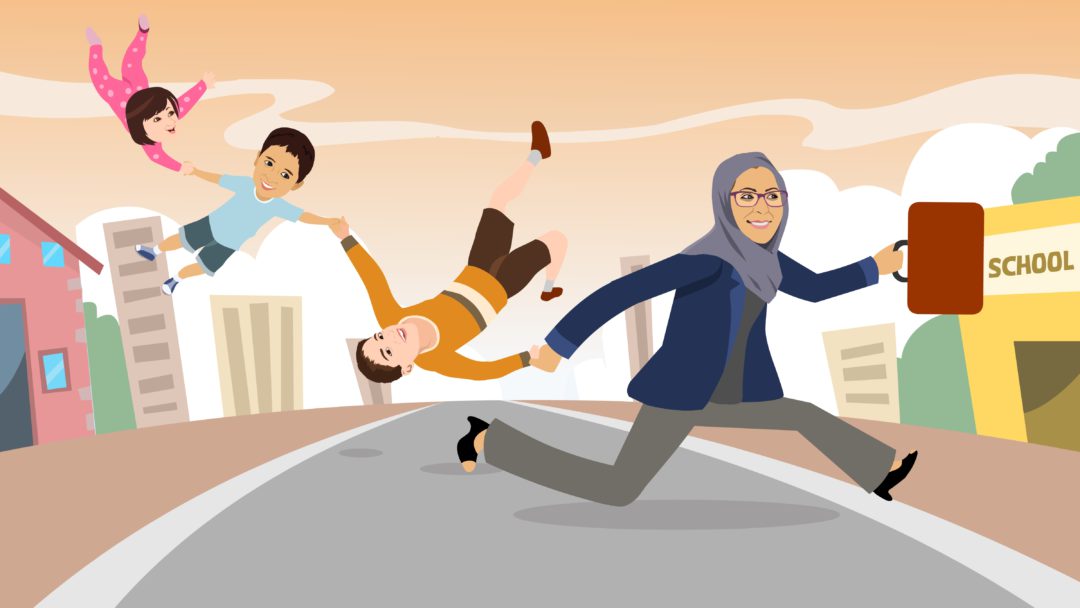 What do you say to your nine year old when he asks you to explain arranged marriage, the Taliban, Burkha’s as a symbol of oppression, Afghanistan’s political climate and access to education all in one night?

You want to say huh? What now? And then you want to zap him with a device that erases the questions from his short term memory so you’ll never have to deal with them again.

Now imagine having your seven year old’s ears perk up not at the questions but at my obvious discomfort of having to answer them. Think thats all? Nope. Add to the mix an 18 month old pointing to her diaper and saying ‘poo poo’ and a husband pacing around the kitchen, stomach growling.

Well friends, that was my night a few weeks ago. Fun times.

After an intense day at work,I came home to cook something that I hoped would be edible for my family. As I drained the rice, I chatted with my son Yahya about his day at school. He was reading The Breadwinner with his class and had lots of questions.

For anyone who doesn’t know, The Breadwinner is a fictional novel by Deborah Ellis which tells the story of a young girl who dresses as a boy in Taliban-controlled Afghanistan in order to make money for her family. Besides having themes mature beyond that of the fourth grade in which Yahya is studying, such a narrative would also impact my child in other, deeper ways. You see, Yahya is also an empath and knows the story of his great uncle Dr. Muhammad Farooq Khan who was gunned down by the Taliban and feels his loss dearly. Most importantly though I worried about how Yahya was dealing with answering questions about Islam being one of the few Muslims in his public school classroom. How was this book building his Canadian Muslim identity and would it prevent or be the source of misconceptions about Islam and Muslims?

The weight of my work day settled on me and there was no stopping the day when I got home.   A thousand thoughts passed through my mind as I grappled with how to handle Yahya’s questions and my responsibilities at home that night.  So I did the only thing I could do. I made a decision. I set the rice aside, told my husband to eat a banana and change Zahra’s diaper and I sat down with Yahya instead to try and put some of what he was reading into context. After our conversation, he seemed to cheer up and we ate our meal together as a family. And folks, it was edible!

But it wasn’t enough.

Yahya was sad reading that book. Truly sad. And our nightly conversations continued.

As time passed, I couldn’t stop thinking about what my son was experiencing in the classroom especially as a Muslim kid. I’m a busy person and have devoted myself to my career in ways that few people might understand. At the same time, I am learning day-by-day that balancing my life with my work is not easy. And the tension is amplified because I am a professional, an advocate and a mother in a society that is not necessarily free from problematic attitudes about what women should be doing . More than that, I am a Muslim, woman, person of color in a backdrop of Islamophobia which means I have to work harder, speak louder and think faster than my more privileged counterparts to get and keep the ever elusive ‘all’ that women are supposed to want. I am a woman but sometimes it’s hard to roar.

I started to feel like a failure in the face of Yahya’s trauma.

I ended up contacting Yahya’s teacher to help me figure this out and to offer him resources on Islam that have not been distorted by hatemongers. We met on a Monday morning and it meant that my husband and I had to get up early, have his mother care for the kids, skip breakfast, meet the teacher before the school opened, drive home, drop the kids at school and get to work late on an empty stomach. The amount of emotional labour this kind of educating and advocating took was remarkable.

But I persisted by the Grace of Allah.

The response from Yahya’s teacher was positive. He was open to the list of resources I provided and expressed a desire to learn more to continue teaching the book in the future in a more nuanced and conscientious  manner. On the surface, this is a victory, a triumph even. It closes the loop on this story – or so it seems.

Reflecting on everything that has transpired, I don’t regret having a much-needed heart-to-heart with my son or his teacher. I think where I still feel uneasy is that I, Farrah, got a bit lost in all of this: my actions only partially reduced my mental load but I think in choosing some rather than all the things I had to do, I took some of the  pressure off myself. That realization alone has made me more aware of the need to be self-compassionate. I am only one woman. I don’t want to be supermom and super-everything else, I can do some things really well and get better at prioritizing everything else in the meantime.

← Is Islamophobia a Reality at School? How to Talk to Your Kids About It Unlocking a Student’s Ultimate Potential →